Here is the video of the virtual visit to the Gran Telescopio de Canarias at the Roque de Los Muchachos Observatory (La Palma, Canary Islands). This is the largest telescope on Earth situated at the mountain top of the island. The virtual visit has been recorded on the occasion of the AstroFest La Palma 2020 as part of the Astrotourism, Astronomy and Tourism Webinars organised by the Island Council of La Palma. If you cannot come to La Palma to see the telescope in sittu or, while the visits to the Observatory are suspended due to the covid19, you can make the visit virtually in the video (language: Spanish). The video explains what the telescope does, how it works and what the real post-covid visits will be like.   Visits to the  Observatory at Roque de Los Muchachos will resume in 2021. Information & bookings here.     LaPalmaStars.com Team visiting The Gran Telescopio de Canarias Visit to the Gran Telescopio de Canarias, Roque de Los Muchachos Observatory in La Palma

Here is the video of the virtual visit to the Gran Telescopio de Canarias at the Roque de Los Muchachos Observatory (La Palma, Canary Islands). This is the largest telescope on Earth situated at the

The William Herschel Telescope (WHT) is the second largest telescope of Roque de Los Muchachos in La Palma. With a primary mirror of 4.2 m in diameter it is also the second largest telescope in Europe only after the Great Canary Telescope (primary mirror 10.4 m). At present this telescope is of modest size, nevertheless remains one of the most productive in scientific publications of the world. It has a f2.8 focal ratio and is Cassegrain-Nasmyth type.                The William Herschel telescope can be visited at concerted visits. To book access: link to reservations at lapalmastars.com. History         The UK's Science and Engineering Research Council (SERC) began planning the telescope in 1974 with a final budget of 10 million pounds. In 1981, 20% of the SERC negotiated a 20% stake with Holland, so the telescope belongs to the United Kingdom and the rest to the Netherlands. The first light of the telescope was on June 1, 1981 using the instrument TAURUS-2. Results         The most outstanding results extracted with data obtained in this telescope are:         * The discovery of the first evidence of a supermassive black hole (Sgr A*) in the center of the Milky Way.     * The first optical observation of a gamma ray burst   Curiosities         * The telescope takes the name of the astronomer William Herschel (Germany 1738 - England 1822), a musician without scientific formation who began his interest in the astronomy to the 35 years of age. This astronomer discovered the planet Uranus with a 1.2m reflecting telescope that built the same along with his sister since he could not afford to buy a refractor telescope of similar size to the use at the time. Herschel was also a pioneer in the design of the azimuth mount that is

The Gran Telescopio de Canarias on the island of La Palma is currently the largest optical-infrared telescope in the world and one of the most advanced. The primary mirror consists of 36 hexagonal segments of 1.90 m vertices, 8 cm thick, and 470 kg, which act together as a single mirror. The GTC collecting surface is equivalent to that of a telescope with a mirror diameter of 10.4 m. The focal length is 169.9 m and therefore the maximum field of view is 20 arcmin in diameter (about the size of the full Moon). History After years in the drawing boards of the Institute of Astrophysics of the Canary Islands, in 1994 GRANTECAN SA when it was founded, with the aim of designing and building the world's largest telescope: the Gran Telescopio Canarias. Subsequently, agreements were signed with the Government of Mexico, for two of their universities to participate in the project and also joined as a partner the United States, through the University of Florida. The telescope cost no less than 130 million euros and has an annual budget of nearly 9 million Euros. The construction of the telescope at the Observatorio del Roque de Los Muchachos on the island of La Palma, began in 2000 and the start of the science phase began operating in March 2009. The telescope time is shared by Spanish scientists (90%), Mexico (5%) and the U.S. (5%), the same percentage who contributed to the initial project. Curiosities We can compare the power of sight of the telescope to four million human eyes. It could distinguish the headlights of a car at about 20,000 miles away. The metal structure of the dome is assembled with screws 16,000 and 43,000 metal nuts. The mirrors are cleaned with powdered snow made of carbon dioxide. There are

The Gran Telescopio de Canarias on the island of La Palma is currently the largest optical-infrared telescope in the world and one of the most advanced. The primary mirror consists of 36 hexagonal segments of 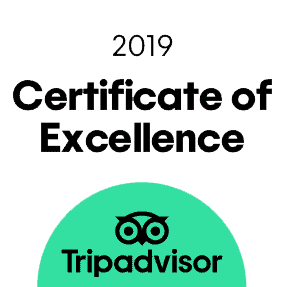